Mentoring the next generation of women techmakers

Mentoring the next generation of women techmakers

Annalisa Arcella, a scientist based in London, spent her career working in data science, using her technical expertise to work alongside people in different sectors with different backgrounds. But a project in March 2021 led her in a new direction — working with cloud technology and ultimately becoming a Women Techmakers Ambassador.

She started working on a project for the Public Sector in London. The goal was to analyze thousands of responses to public policy consultations. She was collaborating with a customer engineer from the Google Cloud Platform team on the project, as it was her first time using the technology. After the two worked together, he suggested she participate in the Women Developers Academy, an intensive program for women in tech to develop their public speaking skills and confidence.

Annalisa was accepted to the Women Developers Academy a few months later. “For two months, they taught us how to contribute to the community via technical public speaking and writing blog posts, as well as how to prepare technical video content,” she says. After graduating, Annalisa was inspired to do more for the community of women in tech around her. “Joining the program motivated me to share my experience and inspire like-minded young women who want to pursue careers in tech,” she says. “I worked and lived in different countries between Europe and the U.S. and women are still a minority group in tech, especially in non-European countries.”

In December 2021, Annalisa became a Women Techmakers Ambassador, joining a global group of leaders around the world passionate about impacting their communities and building a world where all women can thrive in tech. Additionally, her first experience using Google Cloud Platform sparked her interest in new areas of technology and led her to a new role as machine learning engineering manager for PricewaterhouseCoopers. “I have always worked closely with engineers in high-performance computing environments, on the boundary of science and tech,” she says. “Now, I’m excited to move to machine learning engineering, spending most of my time on the cloud.”

Since becoming an Ambassador and getting a new job, Annalisa has kept quite busy. As an Ambassador, she’s been able to share her knowledge about Google Cloud, and is planning learning sessions in MLOps and Tensorflow. “I am meeting really inspiring people from all over the world,” she says. This role has also allowed her to mentor other women who are interested in getting into the tech industry, as well as participating in training sessions to help her grow her own skills.

In June — almost a year after she first participated in the Women Developers Academy — she took center stage to give a talk about the advantages of using fully managed Google Cloud services at the DataLift conference in Berlin. “The talk attracted many people, and the room was full,” she says. “I was talking about the challenges of a small team in machine learning operations, which is one of the hottest topics in data science right now.” 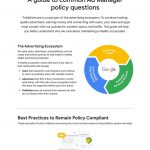 Previous Article A guide to common Ad Manager policy questions
Next Article With Chips Scarce, Now is the Time for a Data Management Redo

Wallaroo Labs announced the general availability launch of its new, free Community Edition (Wallaroo CE) version of its enterprise product that helps teams speed up and simplify the deployment and operations of machine learning (ML) models and pipelines in production. For too long, the perception was that scaling ML required unlimited resources or specific skills/expertise for data scientists and ML engineers.

Study: Majority of CFOs Are Feeling Mounting Pressure to Automate the Finance Function

To better understand the impact of automation within finance departments, Vic.ai, the artificial intelligence (AI) platform for autonomous accounting and real-time insights, in partnership with StrategicCFO360 released a new study examining the challenges and opportunities Chief Financial Officers (CFOs) face in the current environment to automate the finance function with the resources and systems they have.

In this contributed article, Mark Gibbs, Vice President of Products at SnapLogic, looks at best practices for data integration success, shares advice on how to optimize your CDW investments, and reviews common issues to avoid during the process. Data integration comes enables the CDW by mobilizing your data and automating the business processes that drive your business to deliver deep data insights and increase time to value.