We want to make it easier to create effective ads for any Google Ads campaign. That starts with improving how images and videos are organized, accessed and created. With assets available in a central place, you can create ads and campaigns faster or swap content more easily when you need to make a change. And, if you’re missing a video needed to reach an important audience or business objective, you can now make one directly in Google Ads.

A new home for asset storage and organization

When you’re working with a team supporting several different campaigns, it’s important that everyone can access the content they need. With the asset library, images and videos are available to users across your Google Ads account in a visual-first experience. You and your colleagues can view, import and organize creative assets from both past and present campaigns. This makes sharing, collaboration and consistency easy.

When it’s time to create or edit a campaign, you can access the library directly while building an ad. There’s no need to re-upload assets that you’re using across multiple campaigns. This experience is currently available in Performance Max, Discovery, App, Local, Display campaigns and some ad extensions.

If you use Google Ads Editor for campaign management, you’ll find an asset library there too. Similar to Google Ads, you can view and select content from your library to construct ads. And, you’ll soon be able to import images and videos to Google Ads directly from your Google Drive account.

We hope the asset library will help you spend less time managing or hunting down assets and more time developing creative ideas.

An easy, fast way to create video ads that work on YouTube

Video has a unique ability to captivate and influence people, especially on YouTube where billions of people come to watch content they love. Yet, many businesses struggle to unlock the full potential of video advertising because the creation process can often be lengthy, resource-intensive and complex. But, it doesn’t have to be!

With video ad creation now available in Google Ads, anyone can create a high-quality video ad in a matter of minutes. Start by selecting a template from our catalog and populating it with your brand colors, logo, images and text. Then, pick a music track from our audio library. Finally, use the video in any campaign that includes video, like a Video action campaign or a Performance Max campaign.

The templates are made for YouTube, meaning they have optimal pacing, brand and product placements and prominent calls to action. They are designed to help your ad stand out and drive results. With templates guiding you, the complexity of creating a video disappears and you can spend more time developing your messaging, audience insights or campaign strategy.

Invertironline is an Argentinian fintech company that turned to video creation in Google Ads for its efficiency and flexibility. “We always thought about YouTube, but we didn’t want to enter in the design loop until video creation in Google Ads appeared,” says Ariel Peralta, acquisition marketing lead of the financial technology company. With the help of templates, Invertironline reduced the time to produce video ads from two days to just 15 minutes. Compared to previous video ads, conversion rates doubled and the cost per acquisition was cut almost in half.[39b95e]

Another aspect of video creation we’d like to simplify is adding voice-over to videos. Audio is a critical factor in driving creative effectiveness on YouTube. The ABCD guidelines for effective video ads consistently show that videos with voice-over drive better performance. That’s why we’ve launched an easy way to generate a voice-over for YouTube videos, powered by Google’s industry-leading text-to-speech technology. This feature is accessible directly from the asset library.

Simply type in your script, select your preferred voice and with one click we’ll overlay your voice-over onto your video. We currently offer 7 voices in English (US) that are specifically created with advertising in mind. We also offer general text-to-speech voices in the following languages: Filipino, French, Hindi, Indonesian, Korean, Malaysian, Mandarin, Spanish and Swedish. We plan to add more ad voices and languages in the future.

In studies, creative is often the most significant driver of advertising return on investment. That’s why we’re so focused on helping you create and curate great assets for all of your Google Ads campaigns. We hope the asset library fosters more collaboration and smooth campaign deployment for your teams, freeing up time for you to develop creative ideas. With easier video ad creation and voice-over in Google Ads, we’d like to help you fully unlock the benefits of video advertising.

Learn more about the asset library, video creation and voice-over in the Google Ads Help Center. 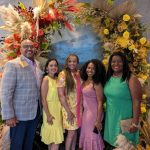 Previous Article 4 days with Google at the 2022 ESSENCE Festival
Next Article 100: The Road to 100 Episodes and What We Learned From The Podcast

In this special guest feature, Peggy Pranschke, VP Global Business Analytics with Vista, discusses how the barriers to success for women working as data scientist can be overcome. As the amount of data increases and the demand for specialists grows, ensuring diversity within data teams should be a priority. Diversified staff can bring different perspectives, creativity, and unbiased problem-solving to the discipline.

UiPath (NYSE: PATH), a leading enterprise automation software company, introduced Automation Cloud Robots alongside a wealth of other powerful new capabilities as a part of the UiPath 2022.4 platform release. The new release provides enterprises with an even more comprehensive automation foundation to achieve fast and accurate outcomes.

An Interview by Astha Sharma Anjani Phuyal leads our Women in Big Data South Asia region. The region includes several strong chapters under Anjani’s leadership …. Anjani is also a member of our WiBD global executive committee. I sat down with Anjani to get to know him better and to introduce him to our global+ Read More