On a visit to Indiana Women’s Prison in 2018, I joined a ceremony for graduates of The Last Mile, an organization preparing people for successful reentry through business and technology training. It was my first time attending a graduation inside, and I listened and was inspired as each graduate shared their determination to succeed in spite of the many challenges they might face after release.

Each year, 640,000 people are released from prison only to be met with an unemployment rate that is five times the national average. This rate is even higher for Black, Latino, and low income individuals, who are disproportionately impacted by mass incarceration. Devastatingly, more than half of those released from US prisons don’t land a job in the first year of returning home, in part because they don’t have the necessary digital skills to compete in an ever-changing job market.

Since 2015, Google has supported many aspects of criminal justice reform with over $48 million in grant funding and 50,000 pro-bono hours. But there’s more work to be done. Today, we’re committing more than $8 million in new funding that will support job seekers impacted by the justice system with digital skills training and automatic record clearance.

The Grow with Google Fund for Justice-Impacted Communities will make more than $4 million available for nonprofits to lead Grow with Google workshops and trainings. Using a curriculum co-curated with five justice-reform-focused partners, our goal is to help 100,000 people impacted by the justice system build career skills–ranging from fundamental skills like finding and applying for jobs online, making a resume using web-based tools, or building a professional brand, to more advanced topics like using spreadsheets to budget for a business.

To accelerate jobs access for formerly incarcerated people, Google.org is providing a $3 million grant and a full-time team of Google.org Fellows who will work pro-bono to support Code for America. Code for America works with community organizations and government to build digital tools and services, change policies, and improve programs. Fellows will work alongside Code for America to help transform the process of automatically clearing criminal records; creating a replicable model to better identify and expunge past records through CFA’s Clear My Record initiative. Google.org is also granting $1.25 million to the National Urban League and Justice through Code, two organizations focused on providing skills training to formerly incarcerated job seekers beginning their careers in tech.

Three years after The Last Mile graduation I attended, it was an honor to sit down with Molly, a graduate who learned digital skills using Grow with Google’s curriculum. She is now employed as a Returned Citizen Advocate at The Last Mile.

Here’s what Molly had to say about her involvement with the program:

When you started learning digital skills at The Last Mile, where were you at in life?

I had just been released from Indiana Women’s Prison and was on a mission to find a new career. I was applying for multiple jobs while also looking for educational opportunities that would help build my skills and knowledge.

How comfortable were you with tech before and after you went inside?

I was incarcerated for three years. When I went in, I felt like I was very tech fluent, but when I was released, it seemed as though the entire tech world had changed. There were new norms and even how email was done felt unfamiliar. Different platforms and software were being used and I felt overwhelmed.

What was a highlight of the program?

The most important class that I took was a learning path called “Basic Digital Skills.” It helped me learn how to use documents and email efficiently. This was reinforced by The Last Mile because we regularly use both of these when communicating and collaborating.

What’s next for you?

Since participating, I secured a job as a Returned Citizen Advocate at The Last Mile. I went from using what I learned (like how to) write a resume, cover letter, apply for a job and interview, to securing a role that allows me to help other members of the community.

I’ve had the opportunity to pay it forward. Alumni are encouraged to participate in the program once they are released from prison. Because I have first-hand experience with the program, I can assist them with any questions and talk about the value and importance of each lesson or learning path from personal experience.

In the future, I plan to continue to support people that are returning to society, and to help people learn digital skills and expand their knowledge. My passion is to help those coming after me to be able to create and build the best future for themselves that is possible. 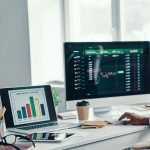 At its Beyond 2022 event, ThoughtSpot announced new features and platform editions designed to modernize and democratize its BI platform.Read More

Why I Joined Block

I’m known in tech for Java development, software testing, and public speaking. So you may be wondering what brings me to Block‘s decentralized finance division as Vice President of Developer Relations. Oooh, I’m so glad you asked! Let me share some fun, little known facts…
The post Why I Joined Block appeared first on Angie Jones.

Gessica Chies is a Principal Solution Consultant in Infor. Even though she doesn’t have a technical background, she started her career in IT as a Marketing Intern at Microsoft while she was finishing her Bachelor’s degree in Economics and made her way up by studying and challenging herself. She worked for some of the top IT companies: Oracle, Microsoft, Ingram Micro, VMWare, Mcafee, and finally Infor. After living abroad for 4 years, she decided to go back home and have a more stable life but she is always on the move, enjoying working in IT and traveling to different countries, speaking different languages and still learning every day something new.”

Seniors search what they see, using a new Lens

Technology shines when it helps us get things done in our daily lives, and that’s exactly why a group of around 100 very eager seniors gathered in Odense, Denmark. All older than 65, many up to 85, they decided to stay on top of the latest technological tricks and tools. On this March day, the eye-opener was the often overlooked potential in searching for information using visual tools, like Google Lens.So now the seniors searched their surroundings directly: Scanned trees, plants, animals and buildings, used Translate to get hold of Turkish language menu cards or Japanese sayings, and found product declarations through barcode scanning.The group was taking part in a training set up by Faglige Seniorer, which organizes 300,000 seniors in total. They first partnered with Google back in 2019 to train seniors in using voice to search, and now the time had come to use live images.A room full of people seated at large tables listening to a woman speak.Around 100 seniors gathered in Odense, Denmark to learn more about Google Lens.Two older people looking at cell phones near models of birds.Participants used smartphones to scan images of animals like birds.An older person stands next to a model of a bird.The group was taking part in a training set up by Faglige Seniorer, which organizes 300,000 seniors in total.“Often, when I go for a walk, I stumble upon an unknown flower or a tree. Now I can just take a picture to discover what kind of plant I am standing before,” Verner Madsen, one of the participants, remarked. “I don’t need to bring my encyclopedia. It is really smart and helpful.”Seniors in a country like Denmark are generally very tech savvy, but with digitization constantly advancing — accelerating even faster during two years of COVID-19 — some seniors risk being left behind, creating gaps between generations. During worldwide lockdowns, technological tools have helped seniors stay connected with their family and friends, and smartphone features have helped improve everyday life. One key element of that is delivering accurate and useful information when needed. And for that, typed words on a smartphone keyboard can often be substituted with a visual search, using a single tap on the screen.Being able to “search what you see” in this way was an eye-opener to many. As the day ended, another avid participant, Henrik Rasmussen, declared he was heading straight home to continue his practice.“I thought I was up to speed on digital developments, but after today I realize that I still have a lot to learn and discover,” he said.